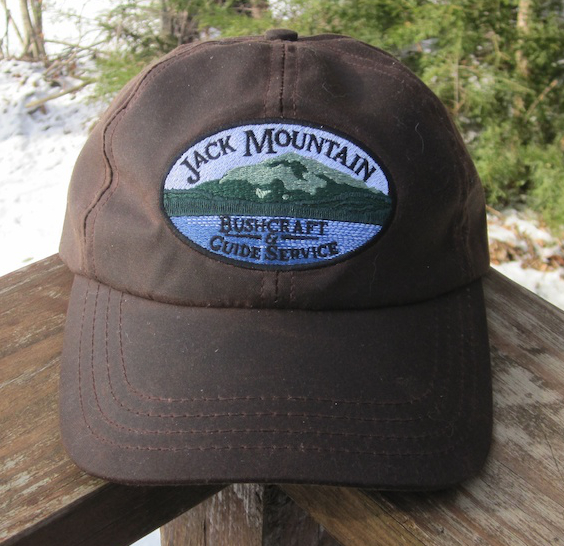 In 1996 I was living in Alaska on the Kenai Peninsula. Every now and again I’d make it up to Anchorage, and while in town I’d get together with an old hockey teammate of mine. We had played together years before in the USHL, and always had a good time together. At the time he was engaged to a beautiful girl who worked at one of the better bars in Anchorage; Humpy’s Great Alaskan Alehouse. As a result, when we got together we’d spend part of the time there. I have a lot of great memories of that friendship and that place.

The following year one of my oldest friends from my boyhood in New Hampshire took his second of several trips to Alaska to fish. When he returned he was sporting a Humpy’s ball cap, made from oiled canvas. After regaling me with tales of hungry trout and salmon and a wild night in Anchorage, I told him my connection to the place.

For the next six years, whenever I saw him he had that hat. It took on a seasoned look, getting better with age. There was something about the oiled canvas that made it wear like iron.

In 2004 I decided to have some baseball caps made up. Naturally, I decided I wanted the oiled canvas material, but it proved difficult to find. Eventually I found a place that had them available to embroider, and i had a few made up. The final number was 36, and they were quickly claimed. They were highly valued by those who had them, and like the Humpy’s hat that was their inspiration, wouldn’t wear out and got better looking with age.

This past summer I got an email from a woman whose husband had one of those original hats. She said it was his favorite, but it was recently lost, so could I send another. I told her we hadn’t done hats since 2004, but that I would see what I could do. I couldn’t find the company who had done them before, but after some searching found a company that could do it. I called them up and they made one hat and sent it out. I sent it just in time for the birthday celebration.

When the dust had settled from the fall semester I ordered 36 more. They just arrived. I’m not sure if it’s something we’ll keep ordering, but for now we’ve got a few of them.

Pros: These things wear like iron. The material is tough and water resistant. The older they get, the better they look.

Cons: They’re warm. The oiled canvas holds in the heat. Not the most comfortable hat when it’s sunny and 100 degrees out.

Hats are $26 plus shipping.

Note: We’re currently out of hats and are looking into getting some more made up. This is taking longer than planned because we’re having trouble finding hats of the same quality. We’ll post it here when we have them back in stock.

Send us an email with your name and shipping information. Hats are $26. Shipping charges are $5 in the USA, $14.50 to England or Sweden. If you’re from somewhere else let us know and we’ll look into it.

Our preferred method of payment is Paypal.

Typos, Etc.
Anything that appears to be an error in spelling or grammar is actually the author’s clever use of the vernacular, and as such is not an error, but rather a carefully placed literary device demonstrating prodigious artistic prowess.
JMB Blog & Media Hub
Home to our blog, videos, podcast, photos and updates, going back to 2006.
· JMB Media